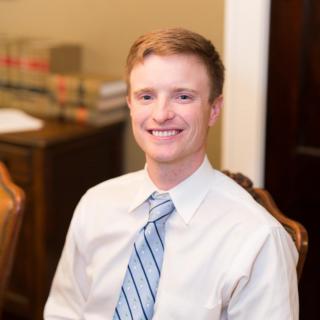 The National Trial Lawyers Association selected Sam Bone as one of the Top 40 Lawyers under 40 for 2015. Sam has followed in his father's footsteps in becoming a lawyer willing to fight tooth and nail for his clients. If you need a strong lawyer, that won't let you get pushed around, call Sam. Sam was raised in Gadsden and graduated in the last class of Gadsden High School before the school became Gadsden City High School. He is married to Laura Jane Bone who is a teacher at the Gadsden Alternative School / Gadsden City High School. Sam graduated undergrad at The University of Alabama in 2010 and then graduated from The University of Alabama School of Law in 2013. While in law school, Sam was received the Cali Excellence for the Future Award-Criminal Defense Clinic in 2012. He also received the Cali Excellence for the Future Award-Evidence #3 in 2011. He passed the bar in Alabama in 2013. He also passed the bar for the state of Georgia in 2014. Sam is a member of the Etowah County Bar Association and is currently serving as the Secretary. Sam recently began serving on the Etowah County Boys & Girls Club board. Sam has one child, Dani Brooks Bone. Brooks was born in March 2015 during the middle of a capital murder trial. In fact, the trial was continued for a day after Brooks was born. Dani describes Sam as "the smartest one in the building." Sam graduated in the top 20% of his class at The University of Alabama School of Law in 2013. He was a featured speaker at the 2016 Etowah County Bar Association Seminar where he spoke about "Emergency Ex Parte custody orders." He also spoke at the Divorce Cases Start to Finish Seminar in 2016 where he spoke about "Division and Valuation of Assets and Debt." View More ›

University of Alabama School of Law

EXCELLENCE FOR THE FUTURE AWARD -Evidence #3