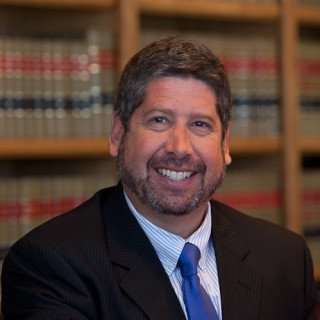 Free consultation with a Board Certified Attorney

Paul practices in the areas of significant personal injury, wrongful death, ethics and professional malpractice. He previously served as an Adjunct Professor of Medical and Research Ethics at Midwestern University and the Arizona College of Osteopathic Medicine where he instructed health care providers and graduate students in the medical field. He graduated from the University of Arizona in 1985 (Bachelor of Arts with High Distinction), where he was admitted to the academic honorary society Phi Beta Kappa. He graduated from California Western School of Law in 1989 (Juris Doctorate Cum Laude). He served as an editor of the California Western Law Review-International Law Journal and was the chief editor of the California Western Directory. He received a post-doctoral master’s degree in bioethics in 2004 (Master of Arts in Bioethics), where he graduated with the Outstanding Achievement Award from the College of Health Sciences at Midwestern University and Arizona College of Osteopathic Medicine. Paul received a doctorate in philosophy involving business, legal and medical ethics at LaCrosse University (2006). Paul was admitted to the State Bar of Arizona in 1989, the State Bar of Colorado in 1992, the District of Columbia and the Federal Bar in 2004. He is admitted to practice in the Supreme Court of Arizona, the United States District Court of Arizona, U.S. Court of Appeals for the Ninth Circuit and the United States Supreme Court. Paul has been a Judge Pro Tempore for the Maricopa County Superior Court since 2005.He has served on various Boards for the Arizona Supreme Court including the Board of Legal Document Preparers andthe Legal Services Task Force. He is AV rated by Martindale Hubble and is Certified by the State Bar of Arizona in Injury and Wrongful Death Litigation. He is also a Certified Pre-Trial and Trial Practice Advocate by the National Board of Legal Specialization and is a member of the American Board of Trial Advocates. View More ›

National Board of Trial Advocacy

American Board of Trial Advocates